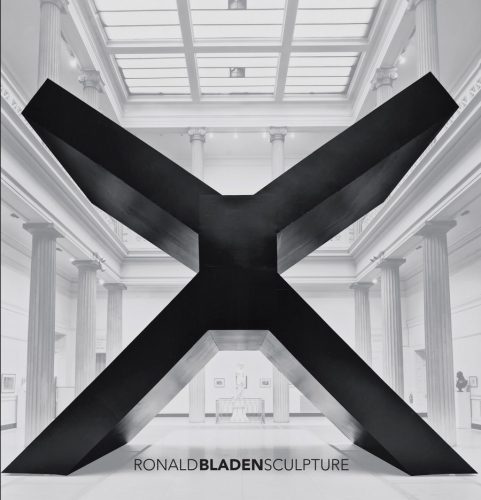 The first monograph on a pivotal figure of postwar American art.

Ronald Bladen (1918-1988) was regarded as an artistic forerunner by Minimalists like Donald Judd, Sol Lewitt, and Carl Andre. But in contrast to the matter-of-fact work of these artists, Bladen's sculptures are charged with emotional power. They fill entire rooms, pressing outward against the walls and ceiling; their themes include the force of gravity, the dynamism of planar surfaces, the impact of scale, and confrontation with the viewer.

This splendidly illustrated book presents a comprehensive overview of Bladen's career; his breakthrough sculptures such as Three elements (1965), a standout at the Jewish Museum's legendary Primary Structures exhibition; his monumental outdoor commissions of the late 1960s through the 1980s; and his reflective wall reliefs of the 1980s. Bladen's working models and drawings are examined in detail, and his early career as a painter is considered in the light of his later work. Also included are selections from the critical literature on Bladen, and an illustrated chronology of his life and work. Ronald Bladen: Sculpture is an essential volume on an artist who continues to influence sculptors from Richard Serra to Ursula von Rydingvard.

Mark di Suvero is one of America's most celebrated living sculptors.